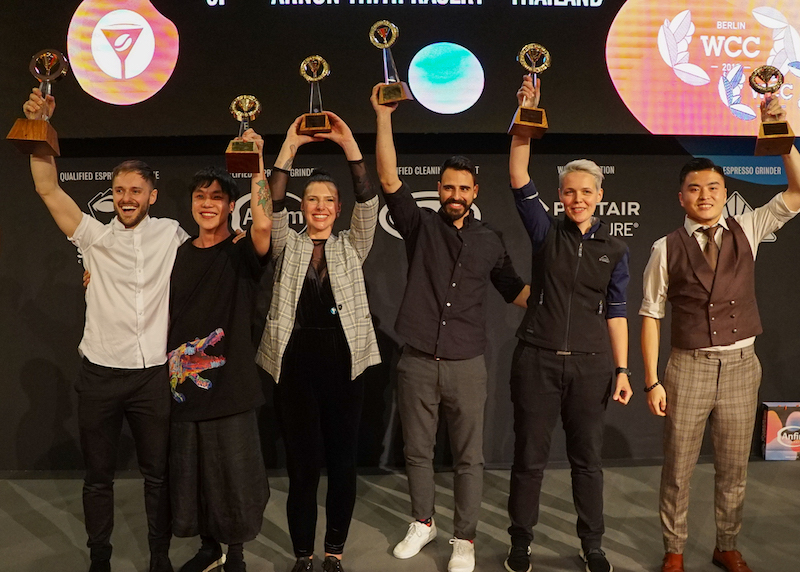 The World Coffee in Good Spirits Championship promotes innovative beverage recipes that showcase coffee and spirits in a competition format.

This competition highlights the barista/barkeeper’s mixology skills in a setting where coffee and alcohol go perfectly together. From the traditional Irish Coffee (with whiskey and coffee), to unique cocktail combinations.

Champion: Dan Fellows — United Kingdom
2nd: Tim Lam Wing Fat — Hong Kong
3rd: Agnieszka Rojewska — Poland
4th: Manos Mamakis — Greece
5th: Nicole Battefeld — Germany
6th: Arnon Thitiprasert — Thailand
View Past WLAC Rankings
We use cookies and similar technologies to customise content and advertising, to provide social media features and to analyse traffic to the site. These include the Facebook Pixel and Google Analytics. To learn about how we collect and process your data, read our privacy policy, which has been recently updated in compliance with the General Data Protection Regulation (GDPR). By clicking on this banner you consent to the above.Cookie settingsACCEPT
Privacy & Cookies Policy

Any cookies that may not be particularly necessary for the website to function and is used specifically to collect user personal data via analytics, ads, other embedded contents are termed as non-necessary cookies. It is mandatory to procure user consent prior to running these cookies on your website.